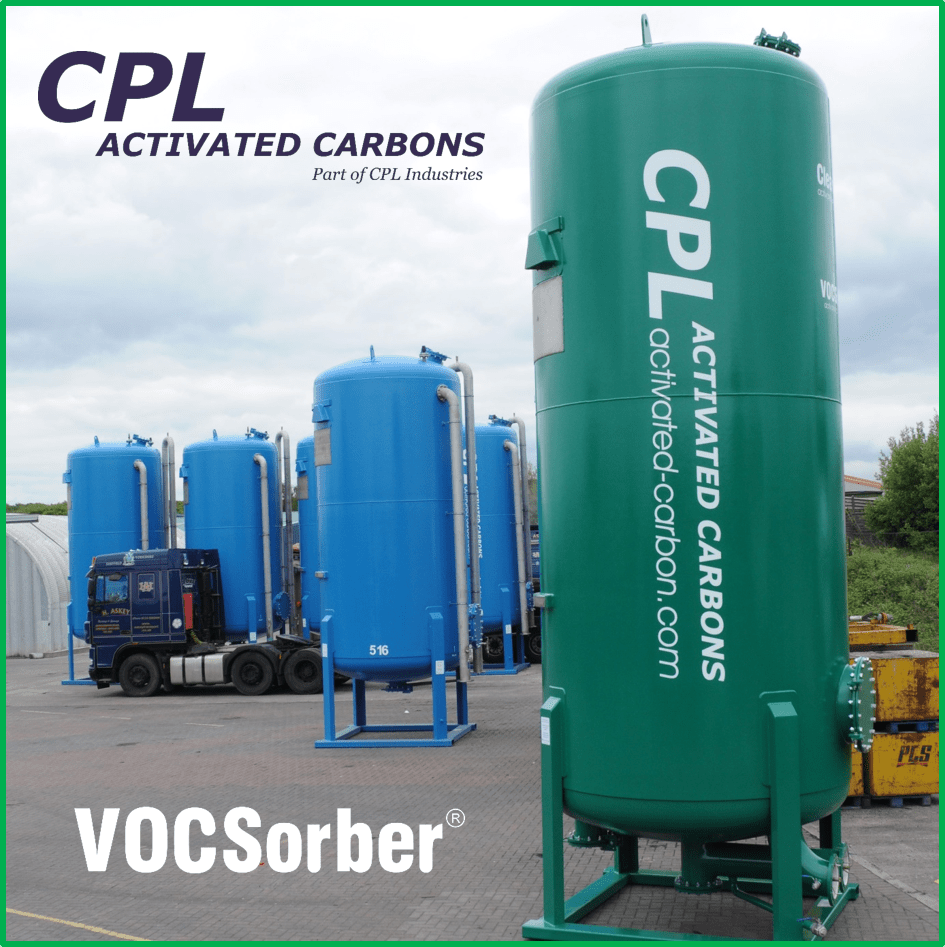 This VOCSorber® vessel is due to be installed at a landfill gas site in southern England later this week, and the planning permission stipulates that all on-site equipment has to blend in with the surroundings.  We were happy to oblige and produce this limited-edition version of our flagship biogas filter unit, which will be used to remove siloxane contaminants and protect the CHP engines located on this site.

When the carbon is spent, the vessel can simply be exchanged for a new one (a spare green VOCSorber® is currently in the paint shop!) and the activated carbon is recycled via thermal reactivation at our facility in Immingham, Lincs, the so-called Regen-Sys® process.  The use of recycled media offers a carbon footprint saving in excess of 90% compared with the use of virgin activated carbon, so it is a win-win for the environment – our Filtracarb® carbon is used to facilitate the production of renewable energy at the LFG site, and the media itself can be reused following thermal reactivation.